MongoDB is a document-oriented database built on a scale-out architecture such as sorting, secondary indexes, aggregations, etc.

It is popular with developers who are engaged in building scalable applications via agile methodologies. MongoDB is specifically built for creating internet and business applications which need to evolve quickly and scale elegantly with time and requirement.

Some common reasons why MongoDB is the preferred choice by companies:

1.  What are the differences between MongoDB and Cassandra?

2. What do you understand about a collection in MongoDB?

A collection is a grouping of MongoDB documents. Documents within a collection can have different fields. It is the equivalent of a table in a relational database system and exists within a single database. 3. What are the different data types in MongoDB?

The most popular data types supported by MongoDB are:

String: Most common data type in MongoDB to store strings of characters.

Integer: Used to store integers as 32 and 64-bit signed integers.

Arrays: Stores a set of similar or different data types.

Object Data: Stores the unique document id of a document.

4. How does MongoDB maintain consistency? 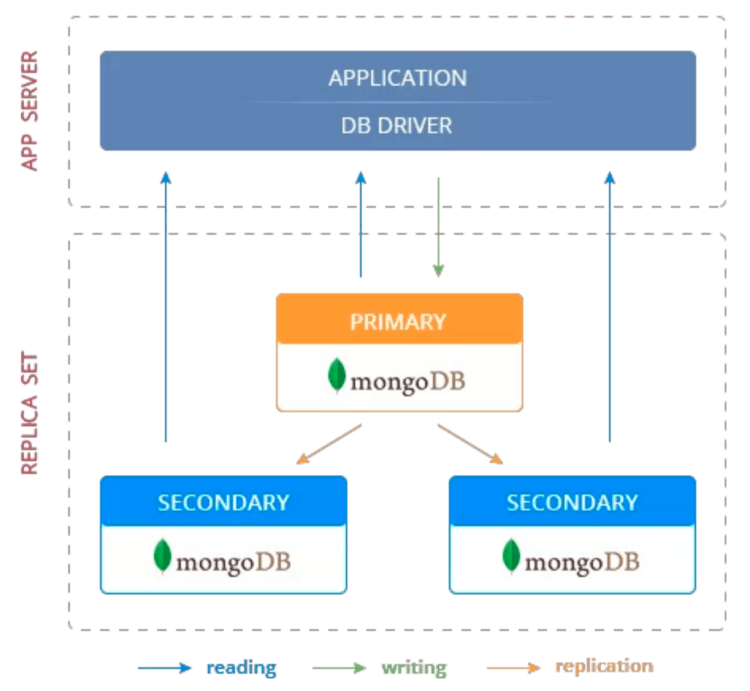 5. How does scale-out happen in MongoDB?

MongoDB has been designed for scaling-out since it has a document-based architecture. The data in the document is split and spread across several servers.

1. How to insert a document in MongoDB?

There are two ways to insert a document into MongoDB.

2. How to execute queries in MongoDB?

To execute queries we can use find() method in MongoDB.

The below example finds the document with status - ‘D’, and returns the cursor to the document.

3. What is the difference between primary and secondary replica sets?

4. What is horizontal and vertical scaling in MongoDB?

To distribute the concurrent client requests (read/write), load balancing is used by MongoDB. There are two ways to do it.

It means that we are adding more resources to the server to distribute the load balance across them.

However, there is a limit to adding hardware to the system which becomes the limitation of such a scaling process. Additionally, in a case of system failure, there is no other point of disaster management. If the system fails, it fails therefore, we use horizontal scaling in MongoDB.

Here, we divide the database into small parts and distribute them on many servers. Horizontal scaling is accomplished by sharding. Each shard(server) can be thought of as an individual database, and the whole database system is made up of many shards.

Through sharding, the write load is split across multiple servers. The chunks of data are distributed by a balancer on these servers. Therefore, using horizontal scaling, the throughput (read/write) is increased manifolds.

5. What is sharding in MongoDB?

It distributes the load of write/read requests across multiple servers for load balancing. Below are the components in a sharding process:


6. What is indexing in MongoDB?

Indexes are special data structures which facilitate quick and easy traversal of documents in MongoDB. They store a data value of a field/fields ordered by that value. A MongoDB index works in a similar fashion as an RDBMS index.

There are few functions which are required for indexing, they are:

7. What are some limitations in using MongoDB?

1. What do you understand about the Aggregation Framework in MongoDB?

The aggregation framework provides the ability to perform analytics on the documents in two or more collections. These aggregation operations fetch data from more than documents and group them. On this group of data, the operations are performed to return a single result.

The aggregation framework works on the principle of the pipeline as shown below:

The documents are processed through a pipeline consisting of many stages of processing. After passing through all these stages a final and single result is produced.

2. What is meant by transactions in MongoDB?

Transactions ensure consistency in MongoDB. They are a logical group of database reads and writes, in a way that either they should fail together or succeed together. Otherwise, it will result in data inconsistency. If any transaction fails in between, then the database ought to roll back all the changes till that point to bring back the consistency.

In this process, the database has to work extra to keep track of all the changes made to it. Also, the ‘locking’ of resources takes place to maintain database consistency.

3. What is Map-reduce in MongoDB?

The below image shows the process of query, map, and reduce in database: 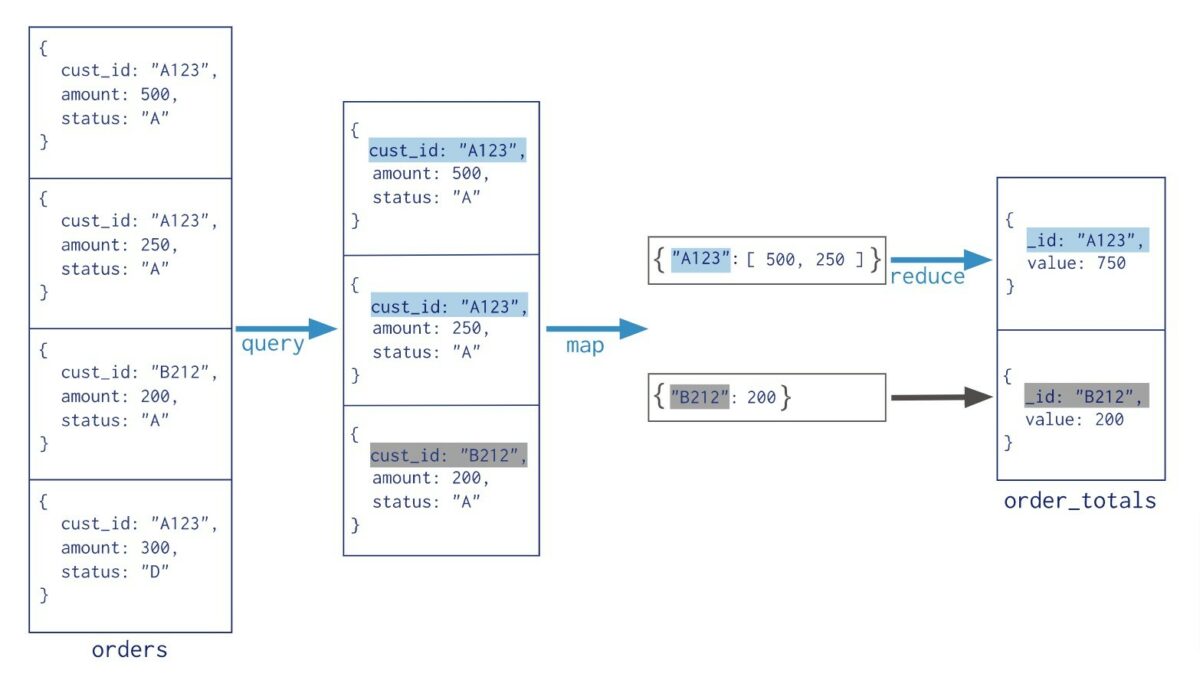 4. How to create and restore the backup in MongoDB?

There could be two methods to create and restore the backup in MongoDB(MongoDB Atlas):

MongoDB provides utilities to create and restore backups, they are:

5. What is the use of MongoDB charts?

It is a tool to provide a visual representation of the MongoDB data. It helps in gaining a correlation between the variables and MongoDB data.

MongoDB Charts is a tool which the developers can use directly, without writing any code themselves.

There are two implementations for this purpose:

6. Explain the limit() method in MongoDB.

limit() method is used to specify the limit of the values(documents) returned by a find() function in MongoDB. The argument passed to limit() function is a single numeric value.

If we do not specify any limit to the return values, then all the documents from the collection will be displayed.

To read in detail about the limit() method in MongoDB, with code snippets read here.